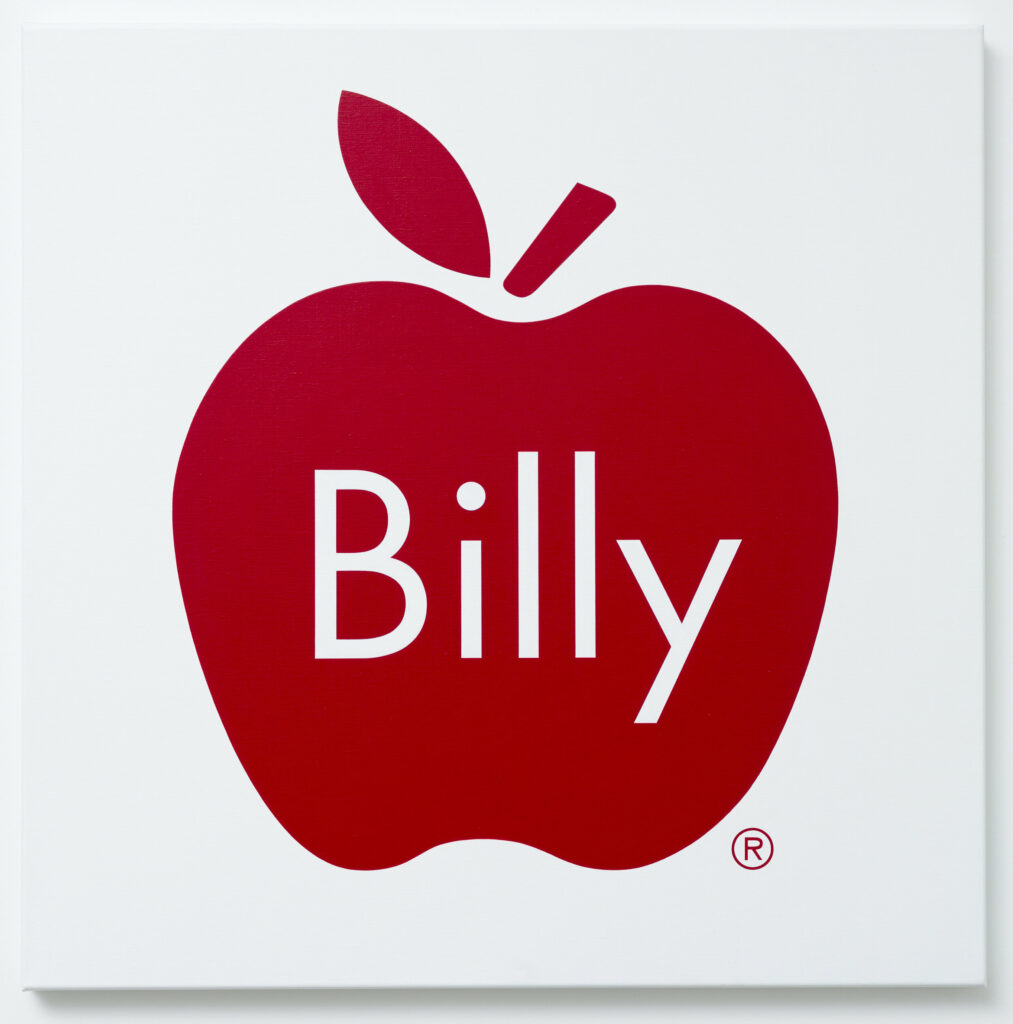 Billy Apple (born Barrie Bates, 1935 Auckland, New Zealand; died, 2021, Auckland) took a radical step in 1962 by changing his name to establish a new identity as an art brand. In this self-branding manoeuvre he became the art object and removed the arbitrary division between art and life thus claiming his life activities as art. For his entire artistic career Apple drew his inspiration from reality and the world we live in. His incredible seven-decade art career began at London’s Royal College of Art amidst the pioneers of pop art. Moving to New York, he exhibited in the legendary 1964 exhibition American Supermarket at Bianchini Gallery before going on to become a key figure in the development of conceptual art having opened APPLE, a not-for-profit space (1969 -1973). As director of 112 Greene Street Gallery in 1975 he gave Ana Mendieta her first New York show. In the 80s his text-based works drew attention to relations between artist, dealer and collector and were called “Pop Conceptual” by Leo Castelli, arguably the first use of the term. He became a registered trademark in 2007, formalizing his art brand status and his interest in intellectual property. He went on to collaborate with scientists on a variety of projects that range from biomedicine to marine geology. Billy Apple ONZM received an ICON AWARD from the Arts Foundation of New Zealand in 2018.