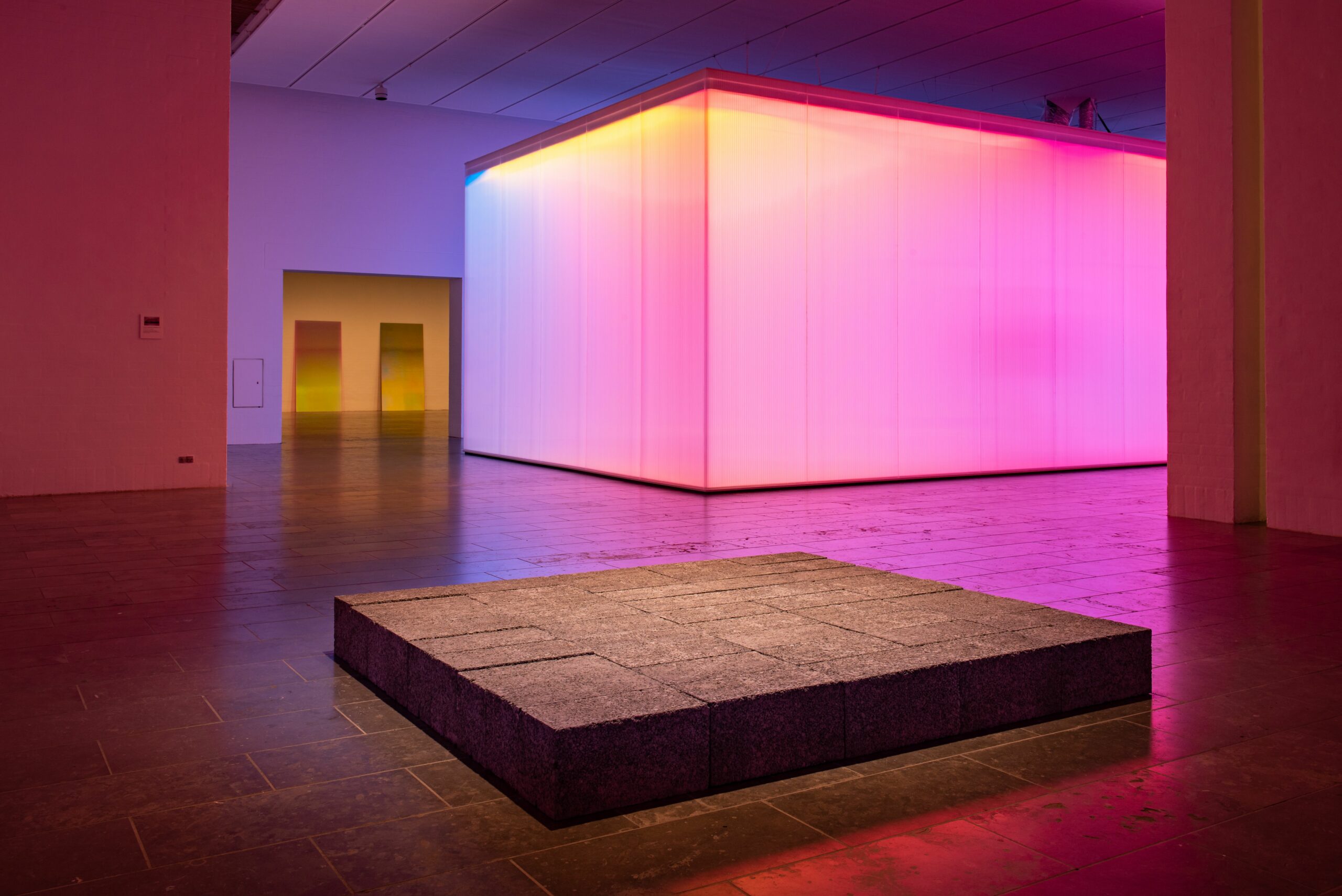 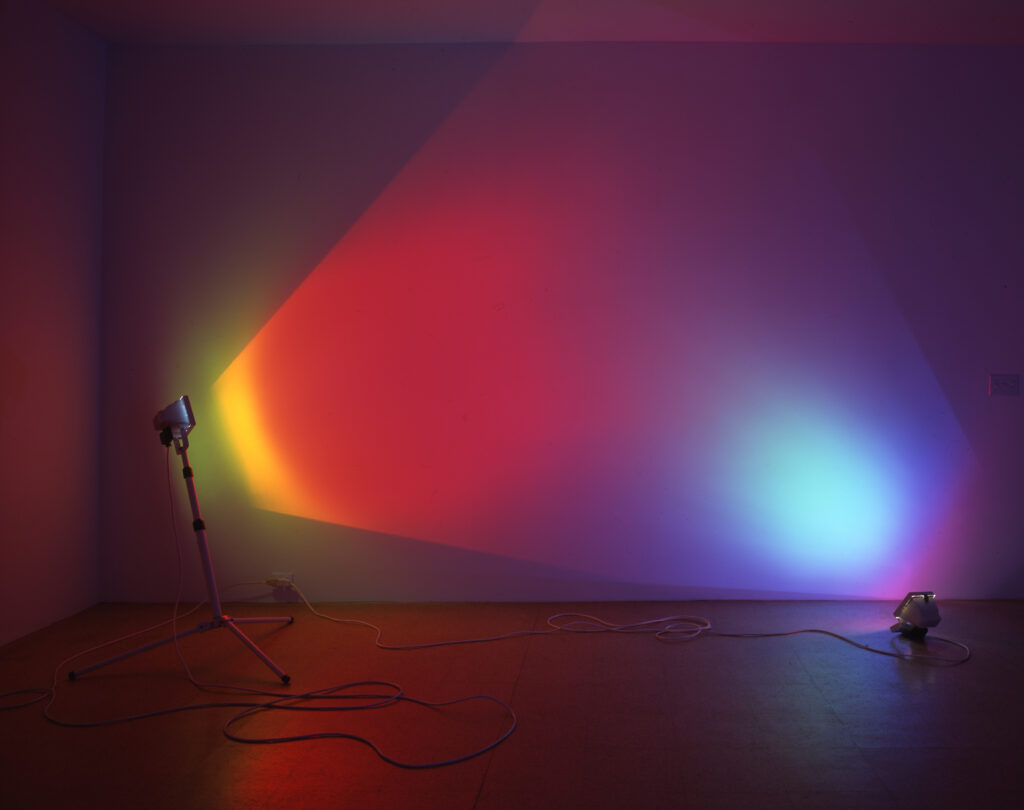 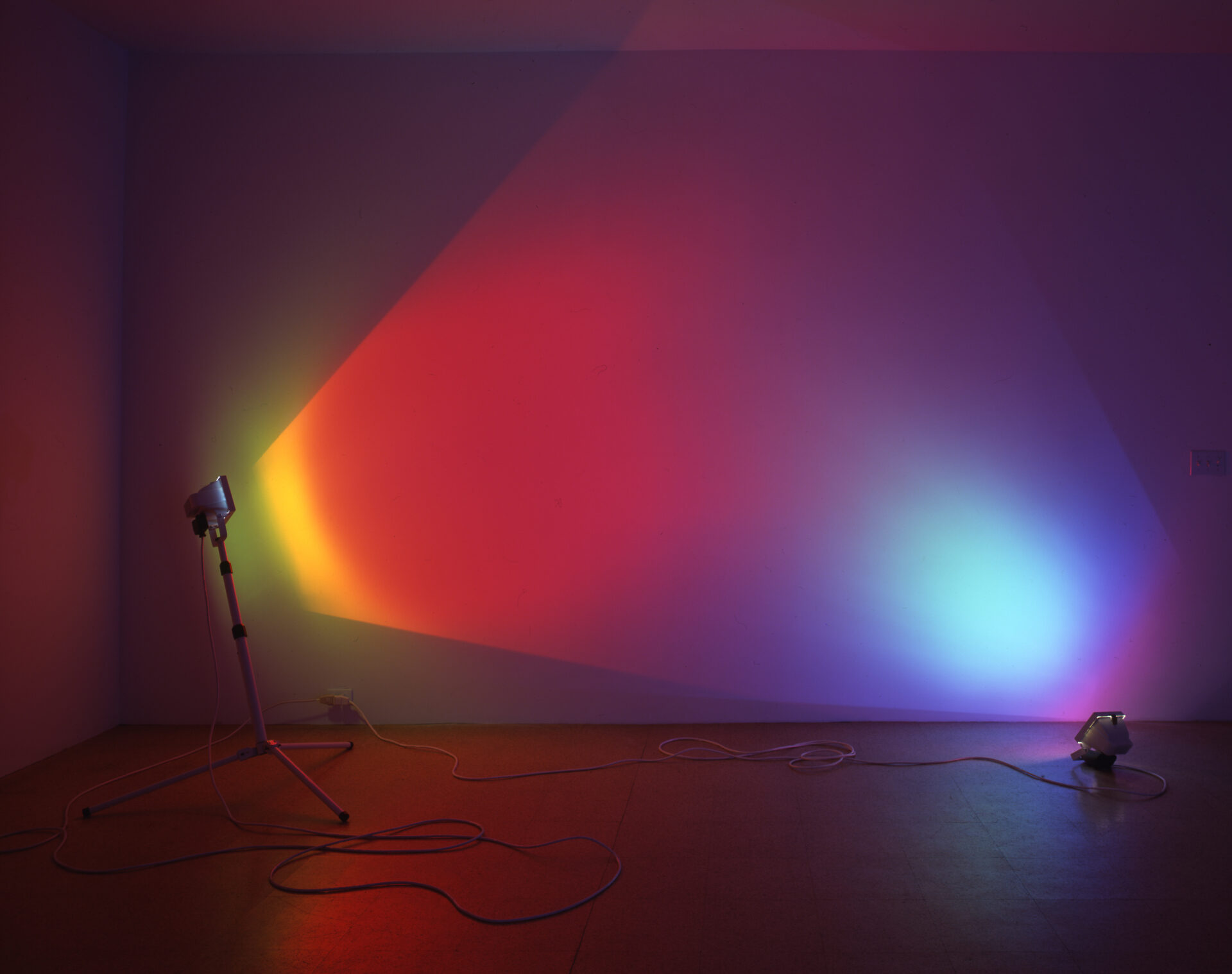 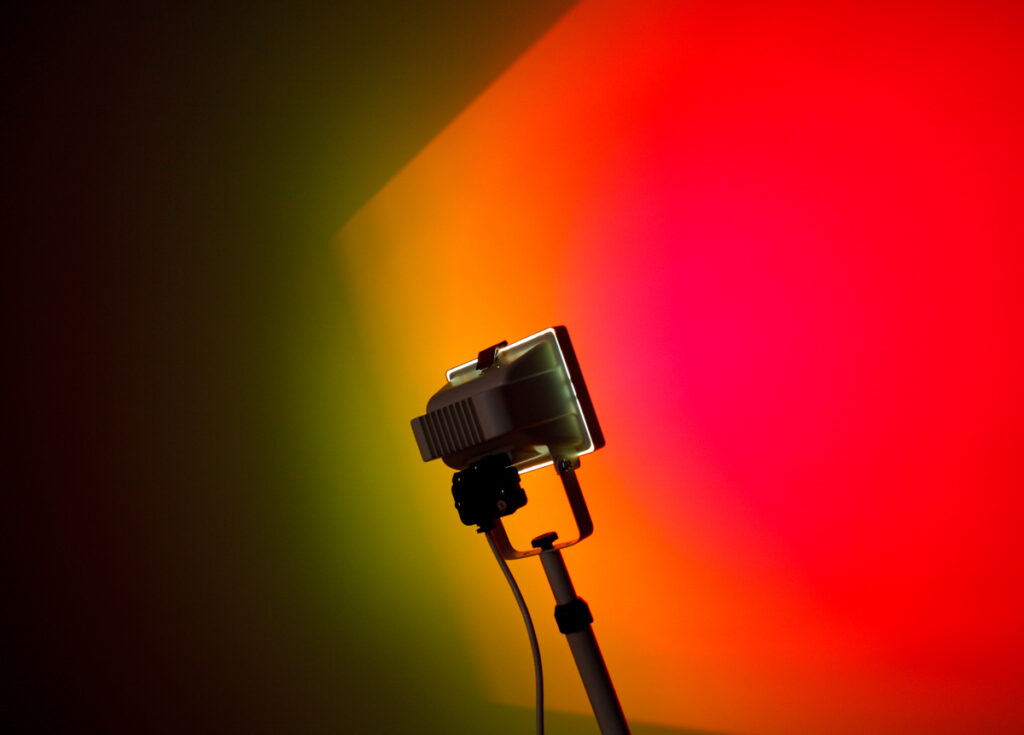 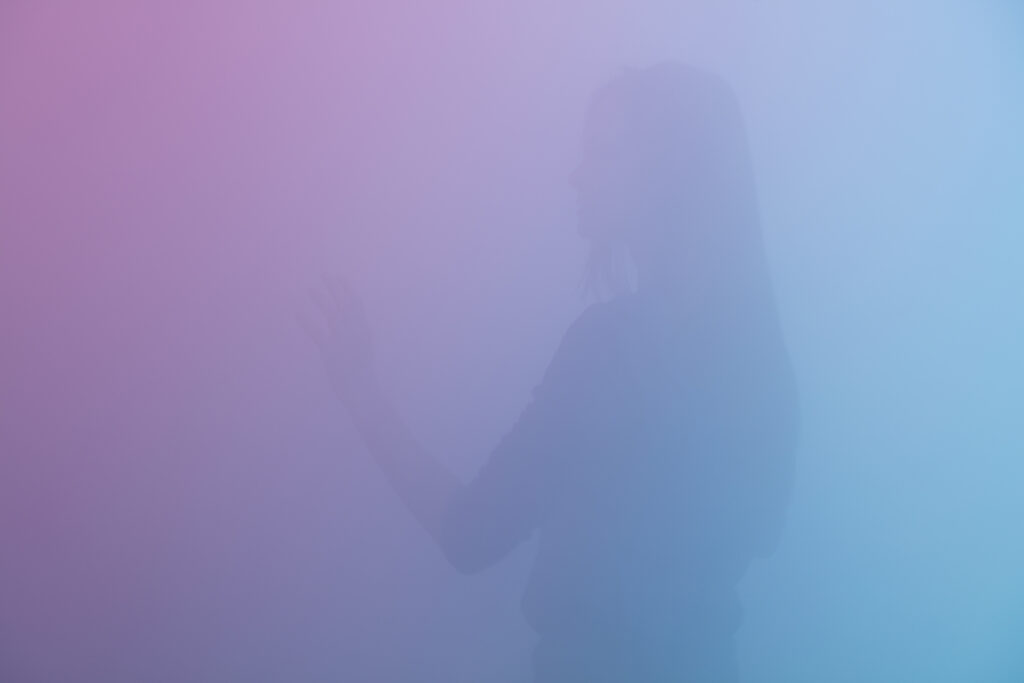 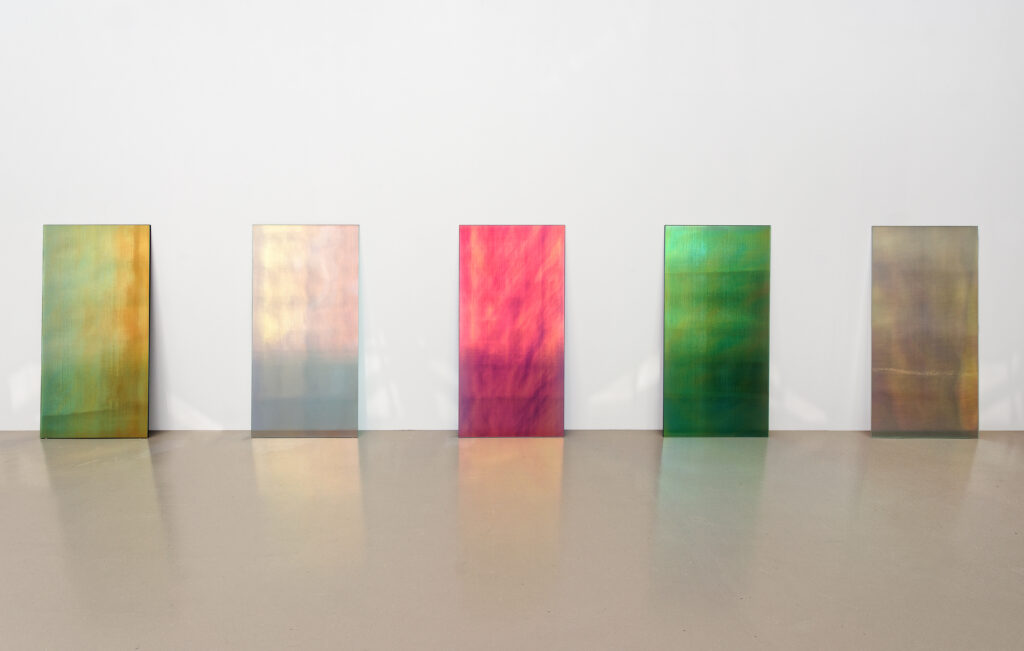 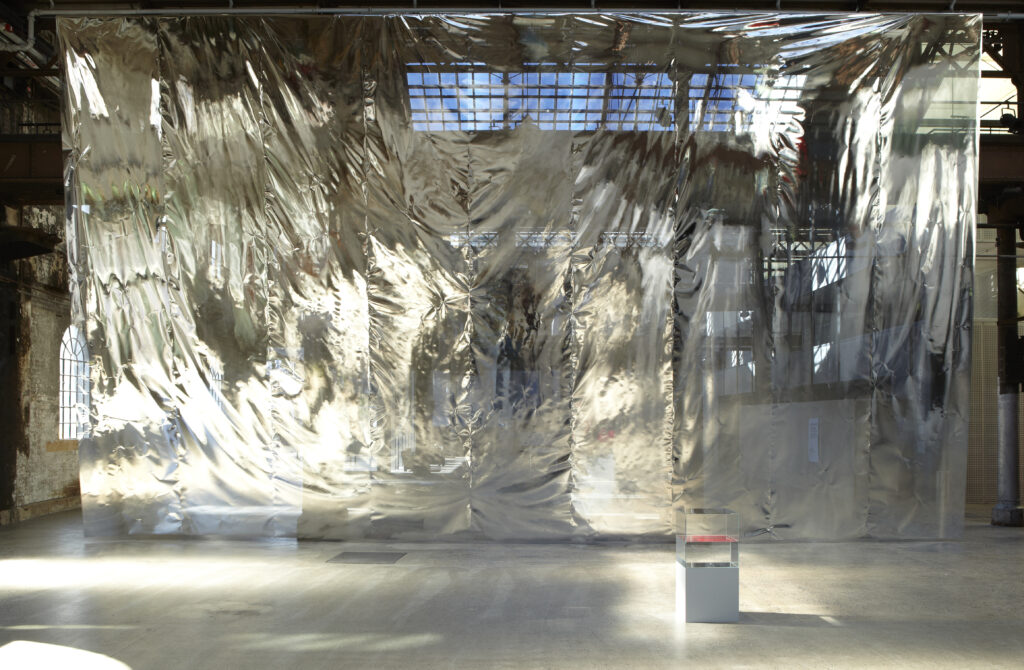 Ann Veronica Janssens’ work has been widely recognized for its ability to challenge and experiment with the definition of perception. Through her motifs of abstraction, mirroring, and light, Janssens deliberately displaces and transforms specific materials to explore what she terms the ‘ungraspable’. Drawing on scientific research, Janssens aims to create situations that can resemble laboratory experiments as much as works of art by drawing abstraction from the real with ultra-minimal action. Everything is surface with Janssens, but in a revelatory form of negation. Her work exhibits formal affinities with minimalism and the California Light and Space movements of the 1960s and 70s, yet eschews their penchant for monumentality in favour of the intimate, subjective experience of the individual. Whereas minimal art often reduced forms to achieve an often-monumental fetishism of the material, the raw simplicity of Janssens’ proposals offers the possibility of naked experience. Ann Veronica Janssen’s oeuvre pioneers a new understanding of the political potential of abstract which does not passively yield its meaning to the viewer but creates it anew – an art perceived not only through the retina but experienced viscerally.

Janssens lives and works in Brussels; her work has been the subject of numerous solo exhibitions: in 2020 at the South London Gallery in London, England and at the Louisiana Museum in Humlebæk, Denmark, in 2018 at the De Pont Foundation in Tilburg, The Netherlands, at the Kiasma Museum in Helsinki, Finland , at the Baltimore Museum of Art, US, in 2017 at the Institute of Contemporary Art in Villeurbanne, France, at the Nasher Sculpture Center in Dallas, US, in 2016 and at the SMAK in Ghent, Belgium in 2015. Janssens represented Belgium at the 45th Venice Biennale (1999) with Michel François and her work has been part of many other international biennials such as Manifesta 10, St Petersburg, Russia (2014); 18th Sydney Biennale, Australia (2012) ; Manifesta 8, Murcia, Spain (2011); 5th Seoul International Media Art Biennial, South Korea (2006); 11th Sydney Biennial, Australia (1998); 5th Istanbul International Biennial, Turkey (1997) and 22nd São Paulo International Biennial, Brazil (1994).